Smoking cessation, and even smoking reduction, has been shown to produce an effective reduction in the rate of development of lung cancer.

Second-hand smoke has a much less clear link to lung cancer development but should still be considered as a potential risk factor.

Asbestos exposure
Asbestos increases the risk of lung cancer, especially in combination with cigarette smoking. The risk is greatest for those with a history of working with asbestos, less clear for those that may have non-occupational exposure.

Silicosis
Those working in mining or sandblasting may be exposed to Silica dust and this can increase their risk of developing lung cancer.

Air pollution
A greater exposure to air pollution has a small increase in lung cancer risk.

Indoor cooking smoke
Indoor smoke from cooking in the developing world has been linked with an increased risk of lung cancer.

Previous radiation therapy
Patients that received radiotherapy to the chest are at an increased risk of developing lung cancer.

However, lung cancer screening with low-dose non-contrast CT Chest has been shown to increase the rate of detection of early lung cancers and reduce both lung cancer deaths and all-cause mortality in 2 large randomised controlled trials.

A number of smaller, underpowered studies have failed to show a survival benefit for lung cancer screening. 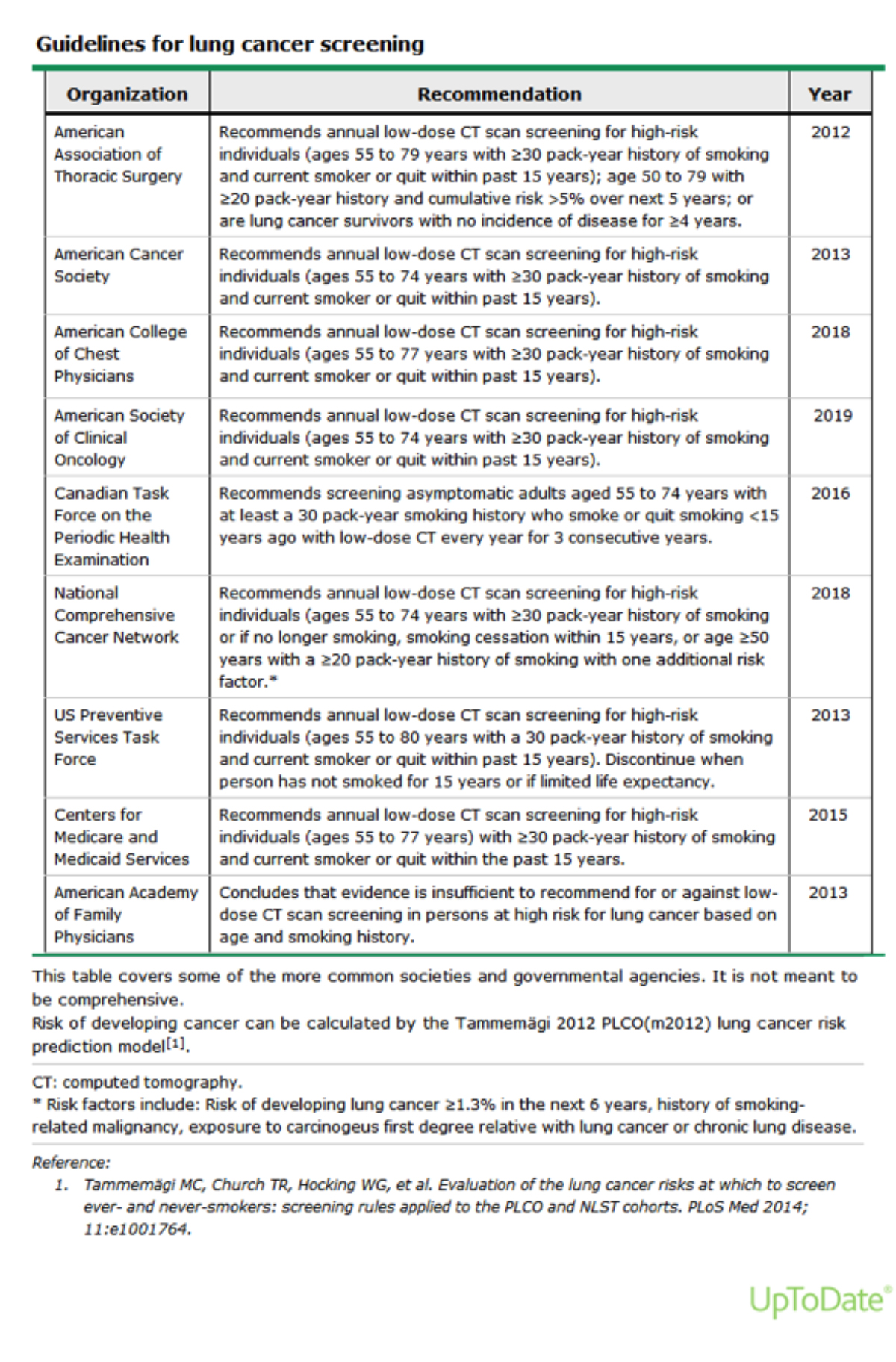 With improved risk stratification, patient selection for screening and radiological characterisation of lung nodules the rate of false positive scans has reduced significantly.

Currently, in Australia, lung cancer screening is not funded. A federal report on this is due to be produced in late 2020 to determine the next steps on this topic. 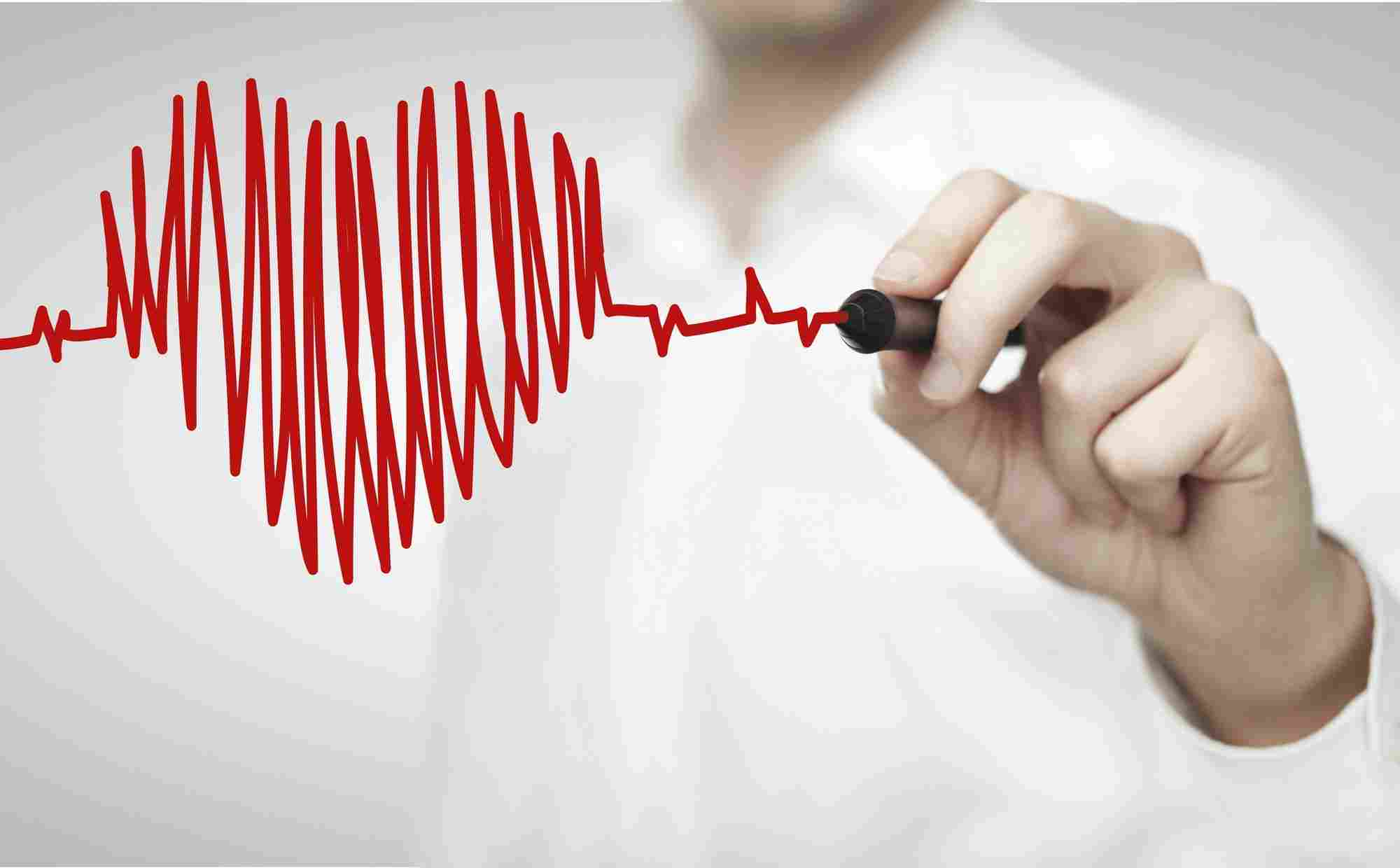 A lung nodule detected on CT has a wide range of differential diagnoses. The risk of malignancy depends on a number of clinical and radiological factors.

All patients with pulmonary nodules should be referred to a specialist for further workup and counselling.

Although lung cancer is only the fifth most commonly diagnosed cancer in Australia,1 it is the number-one cause of cancer deaths, and the overall five-year survival rate of people diagnosed with lung cancer remains less than 20%. Furthermore, evidence suggests that lung cancer patients may not be receiving access to timely diagnosis and treatment. 2

Early detection of lung cancer at a stage where curative treatment is possible is the most critical aspect of lung cancer care as Stage 1 lung cancer now has a 5-year survival rate of 80-85% 3.

Any patient with symptoms, signs or imaging suggestive of lung cancer should be referred to a specialist urgently.

Small amounts of blood stained sputum may be as a result of infection. If a clinical picture of chest infection is present, it may be reasonable to treat the infection and await resolution. If the haemoptysis does not settle after 1 week, recurs, worsens or if there are any other reasons to consider lung cancer the patient should be referred to a specialist.

However, anything more than small amounts of haemoptysis is present the patient should be sent to the emergency department for specialist evaluation.

Mediastinal masses are rare and have a wide spectrum of causes. Any patient with a mediastinal mass should be referred urgently to a thoracic surgeon.

Primary chest wall malignancy is rare but should be considered in any patient with a painless, or painful chest wall mass. Urgent thoracic surgical referral should be arranged.

Pectus excavatum and pectus carinatum can be distressing conditions with significant impact on a patient’s quality of life. While surgery may not always be appropriate, a referral to a thoracic surgeon to discuss the available options and suitability for surgical treatment is worthwhile.

Benign diseases of the large airways are complex problems that often require a combination of interventional and surgical solutions. Thoracic surgical referral is recommended.

Hyperhidrosis is a condition that causes excessive sweating, usually of the palms but also of the axillae and feet.

There are a number of conservative treatment options such as topical antiperspirant, iontophoresis and botox injections.

Surgery (thoracoscopic sympathectomy) can be performed as an overnight procedure with very low risk of complications. The long term results with surgery show that 80% of patients with palmar hyperhidrosis are satisfied with the results. Patients with axillary or plantar hyperhidrosis have a less reliable response.

A referral to a thoracic surgeon to discuss the risks and benefits in any case is worthwhile.